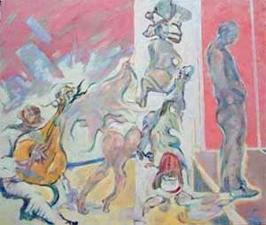 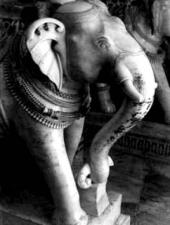 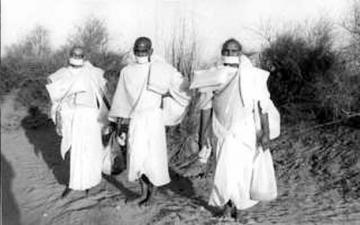 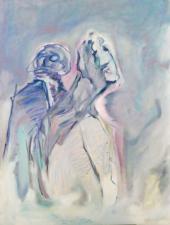 William (Bill) Caldwell, called Mack by his wife, was born in Mimico, then a small community west of Toronto. Both his parents came from old established families in Oshawa, and during the 1920s moved to Mimico where David William Caldwell opened pharmacies.

The Second World War took the family to Ottawa, where his father was seconded to Defense Headquarters to head the Tri-Medical Services. As a child, and then later as a youth, Bill was never comfortable in a regular classroom. He left the prestigious University of Toronto Schools after Grade 9, attended the Western Technical School in Toronto for one year, and then went to Ottawa Technical High School where he spent one semester.

He joined the army in 1948, rising from the position of sapper in the Engineers to 2nd lieutenant in Princess Patricia's Canadian Light Infantry, although his favorite position was sergeant. After a few years he resigned his commission at London, Ontario, and with no formal training opened a design studio for home and office furniture and interiors, and commercial graphics work.

A family request to return to Oshawa began the next phase of his life. He continued his designing career but in 1966 became increasingly aware of the need for an art gallery in that city. He therefore closed his office to further requests, completing only what work he had in progress, and devoted the next  year to the establishment of the Art Gallery of Oshawa (presently the Robert McLaughlin Gallery) in 1967.

By 1970 the urge became overwhelming to leave designing and begin a new life as an artist in his own right. He and his wife Lorraine loaded a van and left for Newfoundland, the farthest place in Canada from the old centres of his past.

They settled in the outport of Rocky Harbour, but their four and a half years there was not idyllic. The cruelty of the climate and place was intertwined with Bill's struggle to establish his drawing and painting skills. As local residents became his subjects, they revealed their own problems, stimulating the empathy that continued to mark the rest of his career.

Again, a variety of needs outgrew place and Lorraine was sent to find a suitable site for Bill to build another studio. She found a small house and adjoining blacksmith's shop in Watson's Corners in Lanark County. Before they left Newfoundland, he destroyed thousands of drawings as inadequate. But he discovered in Newfoundland that he was truly an artist.

After a year of construction in Watson's Corners, he began to paint the large canvases that drew on his social concerns. These he developed from preliminary portrait studies, which he would fan out on the studio floor. He invited many people to sit as subjects, as he was always alert for fresh visual and psychological material. Not everyone was comfortable under his scrutiny, but many later admitted that their experience in the studio had changed their lives. From this period there are thousands of large and small drawings, dated and filed in envelopes and boxes.

He always searched for truth and moral fortitude both in himself and through his art. He confronted bureaucrats over substandard housing in Rocky Harbour; in the modern sales space of the Balderson Cheese factory in Lanark County, he placed beams from the barns and milk-houses of the original farmer-owners of the cheese cooperative; he planned a road bypass to divert heavy mining trucks around the heart of Lanark Village. He kept on with these efforts, even as he involved himself in debates and correspondence about social responsibility, with both government departments and leaders in the private sector. Sadly, despite his own best efforts and those of others, it was always difficult for him to find a way of affecting the issues he held most dear.

Cover, One Night at the Indigo Hotel, Robert Allen (1986)